CLICK HERE FOR UPDATES
COVID-19 – Instructions for the health and safety of our patients. 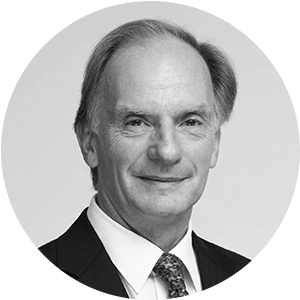 Associate Professor Andrew McLennan is a specialist obstetrician and gynaecologist whose particular interest is in prenatal diagnosis and ultrasound. He is a consultant to the Maternal Fetal Medicine Unit at Royal North Shore Hospital, a Clinical Associate Professor at the University of Sydney and a Sonologist at Sydney Ultrasound for Women.

In a national first, Andrew introduced Nuchal Translucency (NT) screening for Down syndrome to Australia, helping to revolutionize the way prenatal screening for chromosome abnormality is conducted. He is the founding Chairman of the National Early Pregnancy Assessment Program and the past President of the Australian Association of O&G Ultrasonologists. 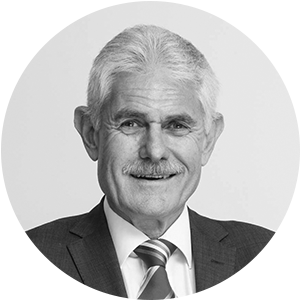 Dr Tom Boogert graduated from the University of Sydney in 1976. He commenced specialty obstetrics and gynaecology training at Royal Prince Alfred Hospital in 1978 and became a Fellow of the Royal Australian and New Zealand College of Obstetricians and Gynaecologists in 1983. He was awarded the Diploma of Diagnostic Ultrasonography in 1986 and achieved subspecialty Certification in Obstetrical and Gynaecological Ultrasound (COGU) in 1989.

He was appointed the Director of Medical Services at the Women’s Hospital Crown Street in 1982 and Clinical Superintendent at King George V Hospital for Mothers and Babies in 1983 – 1984. In 1985 he was appointed the Chef de Clinic in the Department of Obstetrics at the Academisch Ziekenhuis in Groningen (The Netherlands) in 1985 and was appointed a Visiting Medical Officer in Obstetrics and Gynaecology at Royal Prince Alfred Hospital in 1986.

With Dr John Anderson, he established the Department of Fetal Medicine at Royal Prince Alfred Hospital in 1986 and joined him in private practice to establish Sydney Ultrasound for Women in 1987. He was appointed a member of the Genetic Services Advisory Committee of the NSW Department of Health and chaired the Prenatal Diagnosis Working Party and also became chairman of the Australasian Association of Obstetrical and Gynaecological Ultrasonologists. He has also served as a Federal Councilor of the Royal Australian and New Zealand College of Obstetricians and Gynaecologists. He was appointed the Head of the Department of Obstetrical and Gynaecological Ultrasound at Royal Prince Alfred Hospital in 2005.

Tom has managed to combine his busy private practice with his administrative role at Royal Prince Alfred Hospital where he has been involved in training specialists and subspecialists in O & G Ultrasound. He developed Chorionic Villus Sampling (CVS) along with Dr Anderson and they published the first 1500 cases performed in Australia. He also introduced Cordocentesis and ultrasound guided Intrauterine transfusion to NSW. He has also developed a major interest in ultrasound investigation of infertility as well as prenatal diagnosis and screening. 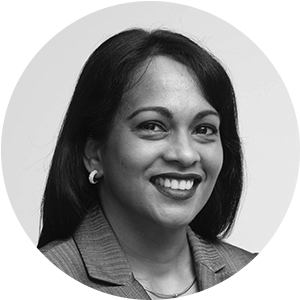 Sashi Siva is a graduate of the University of NSW (MB BS, 1991), having then obtained both her Fellowship of the Royal Australian and New Zealand College of Obstetrics and Gynaecology (FRANZCOG), Diploma of Diagnostic Ultrasound (DDU) and Sub-speciality COGU certification.

Sashi is a Senior Consultant Visiting Medical Officer (VMO) at the Fetal Medicine Unit of Royal North Shore Hospital, where she is currently involved in teaching specialist Registrars and Medical students about Pregnancy ultrasound and related invasive procedures such as CVS and Amniocentesis.

As an “older” parent, Sashi has a particular interest in the concerns of pregnancy at an “advanced age”, and is committed to addressing fertility and pregnancy related issues for our SUFW patients.

Sashi has a keen interest in all aspects of gynaecological ultrasound especially involving Adolescent Gynaecology, Infertility, and Endometriosis work-up including Tubal patency testing, and assessing Uterine cavity abnormalities with Sonohysterograms and HycoSy’s.

She has obtained the Certificate of Deep Infiltrating Endometriosis Scanning, and has been performing these scans with a modified Sonovaginography technique.

Post-menopausal gynaecological ultrasound issues are also of particular interest to Sashi; she is a Member of the Australian Menopause Society.

Sashi has presented and taught Workshops at both local and International Conferences in the area of Obstetrics and Gynaecological Ultrasound. 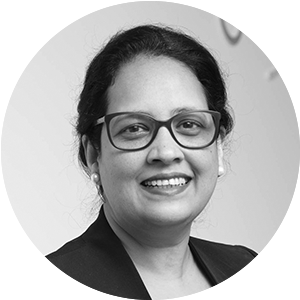 She is currently Head of Obstetrics and Gynaecology ultrasound department at Royal Prince Alfred Hospital and a consultant at Sydney ultrasound for women, Sydney, Australia. She completed Fellowship at King’s College Hospital, London, where she developed her specialised knowledge of fetal cardiac echography under the direction of Prof Lindsey Allan.

Her main area of subspecialty interest is early fetal echocardiography- for screening, diagnosis, and management of congenital heart defect. She has successfully developed these services at RPA hospital and Sydney ultrasound for women. Her other area of interest includes complex pregnancy and monochorionic twins. She is passionate about teaching and regularly holds courses/ conferences in basic and advanced ultrasound for trainees and specialists in Australia and overseas. 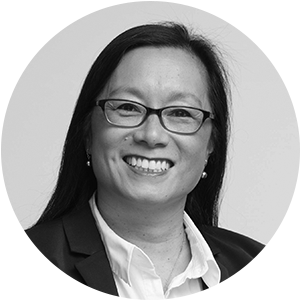 Patricia has worked as a consultant (VMO) at Royal Prince Alfred Hospital in the Fetal Medicine Unit and is currently part of the medical specialist team at SUFW.

She is also currently a member of the Australasian Society of Obstetric and Gynaecological Ultrasound (AAOGU).

Patricia is also actively involved in teaching of registrars and Fellows from both RPA and Liverpool hospitals. She is involved in teaching and presentations at sonographer and genetic counsellor meetings within SUFW and externally to General Practioners and at National meetings including conferences for the Australian Society of Ultrasound in Medicine (ASUM). She is also an examiner for the COGU subspecialty.

As an SUFW specialist doctor, she performs all aspects of gynaecological ultrasounds and procedures including deep infiltrating endometriosis directed scans, as well as obstetric ultrasound and related invasive procedures.

As a mother, Patricia can empathise with the issues of balancing, work and family responsibilities. She understands the stressors surrounding pregnancy and finds that antenatal investigation plays a major role in providing total patient care. 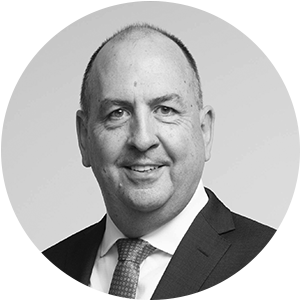 Greg subsequently travelled to England as Australia’s first Cambridge Commonwealth Trust (Packer) Scholar to read for a PhD in embryology at Emmanuel College and the Physiological Laboratory at the University of Cambridge; undertaking research into the interaction of drugs on development of the neural tube.

After completion of his PhD in 1992, Greg commenced training in obstetrics and gynaecology at Addenbrooke’s and the Rosie Maternity Hospitals in Cambridge, and later the King George V Hospital in Sydney. He was awarded both the Board of Examiners Prize and the Brown-Craig Travelling Fellowship of the Royal Australian and New Zealand College of Obstetricians and Gynaecologists, and was admitted as a Fellow of the College in 1998. Greg went on to undertake further subspecialist work in high risk obstetrics and fetal therapy and has maintained certification as a subspecialist in Maternal-Fetal Medicine since 2000.

Greg has been with SUFW since 1999 and has held appointments as Associate Professor in Obstetrics & Gynaecology at the Chinese University of Hong Kong, Head of the Department of High-Risk obstetrics and Fetal Medicine at Royal Prince Alfred Hospital, Sydney, and for more than 10 years has been an examiner and a member of the Council of the Royal Australian and New Zealand College of Obstetricians and Gynaecologists.

In developing opportunities for advanced fetal therapy in Australia, Greg established Australia’s first intrauterine fetal cardiac surgery group as a collaboration between high risk obstetricians at Royal Prince Alfred Hospital and paediatric cardiologists at the Children’s Hospital, Westmead. The Cardiac Group performed their first intrauterine procedure in 2006 on a 27 week fetus, successfully dilating the baby’s narrowed aortic valve. In 2007, Greg travelled to centres of excellence in fetal therapy throughout Europe and America as a Churchill Foundation Fellow.

The breadth of Greg’s publications in the medical press reflects his primary interest is in high-risk obstetrics. “I chose to focus on obstetrics and fetal medicine as I had always been interested in reproduction and human development”, said Dr Kesby, whose interests span fetal medicine, maternal medicine, genetics, ultrasound diagnosis and obstetric diagnostic procedures. “I am very aware of my responsibility of providing expert opinion to women and their partners, with clarity, care and compassion, sensitive to their considerable emotional distress and vulnerability”. 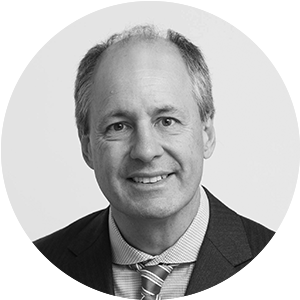 Fergus has served as an examiner for the Diploma of Medical Ultrasound and the Diploma of Diagnostic Ultrasound, as well as being on the Medical Council of the Australasian Society of Ultrasound in Medicine (ASUM) and became the ASUM President. He was on the medical council of the World Federation of Ultrasound in Medicine and Biology representing ASUM, as well as being on the subspecialty committee for Obstetric and Gynaecological Ultrasound for the Royal Australian and New Zealand College of Obstetricians and Gynaecologist and is a past chairman of that committee. Currently he is the chair of the written examination for the subspecialty.

Fergus first started working with Sydney Ultrasound for Women (SUFW) in 1996 and became a partner six months later. “Dealing with healthy people having a child is one of the few happy events in medicine,” commented Fergus. “One area of this that makes a real difference is ultrasound and prenatal diagnosis.”

Although dealing with what is perceived as women’s health, Fergus tends to think of it as the reproductive health of the couple. “Although much of it affects the female physically, it is usually a couple that enjoys the good news or copes with the bad news,” said Fergus.

His main interest had been in prenatal diagnosis and prenatal screening, including NIPT, Nuchal Translucency, CVS and amniocentesis. It is an area he believes makes the most difference. The affect of abnormality on a child involves the whole of its life and the affect on the family is enormous.

“We try to provide an all-encompassing care package from an obstetric and gynaecologic point of view,” he said. “We aim to operate at the leading edge of our field. When developments emerge regarding prenatal diagnosis, we try to adopt them as soon as possible.”

“Having introduced NT screening into Australia, and now being the largest provider of NIPT, we feel that we are producing the best results the test is capable of achieving and try to improve with each new technological development.” 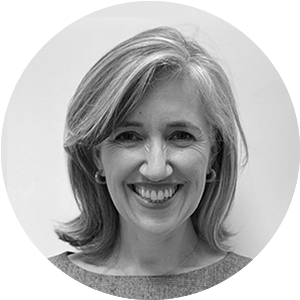 Dr Kathryn Graham is a specialist obstetrician and gynaecologist with subspecialty qualifications in Obstetrics and Gynaecological Ultrasound.

Kathryn completed her medical degree at the University of Sydney and her obstetrics & gynaecology specialist training at Royal Prince Alfred Hospital (RPA).

Kathryn has worked in the fetal medicine units at RPA and Westmead Hospitals, as well as the private sector.
in addition to joining Sydney Ultrasound for Women in 2019, Kathryn remains a Staff Specialist in Westmead Institute for Maternal and Fetal Medicine (MFM).

She is an examiner for the Australasian Society for Ultrasound in Medicine and has published research in Obstetric Ultrasound. Kathryn has a special interest in fetal anomalies and is committed to providing high level clinical care to her patients in a compassionate and understanding way.

You will need a copy of your referral to complete a booking.
Due to the time required for some appointments, not all appointments can be booked online,
for more information, please read our booking guideline.

What type of appointment are you looking to book today?

Our normal opening hours are 8am to 5pm, Monday to Friday, Sydney time.